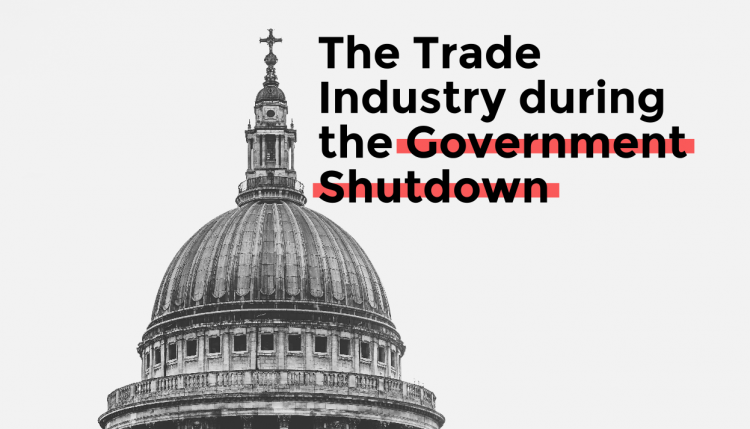 How will the 2018 Government Shutdown Affect the Trade Industry?

As of midnight on Friday, January 19th, the United States government shutdown. But what does this mean for the trade industry?

As of today, we have entered day three of the 2018 United States government shutdown and an agreement has still not been reached. The shutdown will affect many parts of the nation and, if it continues to last, will begin to have major effects on the economy. However, in this article, we will only be looking at the shutdown’s effect on the trade industry and clearing your imports through Customs.

What Happens During a Government Shutdown?

During a shutdown of the federal government, employees are split into two categories: “essential” and “non-essential”.

This means services like the military, federal prisons, and Social Security continue to function while other services such as National Parks and even the Revenue Department all but close down.

International Trade During a Government Shutdown

The good news for the trade industry is that the federal government considers U.S. Customs and Border Protection officers to be essential personnel. This means that they are required to continue operations due to their law enforcement function and role in securing the nation’s borders. According to the CBP’s most recent government shutdown contingency plans, of the CBP’s 59,082 employees, an estimated 53,903 will continue to work during a lapse in appropriations.

The following are the CBP employees that will continue to perform during the government shutdown:

The following are the functions CBP will not be fulfilling:

Despite CBP employees responsible for cargo being required to work, there will still be issues that can significantly slow down the Customs clearance process. For example, Importers and exporters of food, pharmaceuticals, medical devices, and radiological/environmentally sensitive items should prepare for slower Customs clearance. This is due to slowdowns at the EPA, FDA & USDA as processing for required certifications and documentation, field examinations, and sample collections are still needed to clear some cargo.

Also, Government websites, like those used for HTS classification purposes and the International Trade Commission, will not be updated until a resolution has been reached.

Although Congress currently appears to be moving to end the shutdown by approving a measure to fund the federal government through Feb. 8, there is little stopping the second shut from occurring at that time. In that case, it is likely that the above information will still be accurate.

The Economic Effect of the 2013 Government Shutdown

The following are a few of the effects the 2013 federal government shutdown had:

[Webinar] Customs in the New ACE Environment: What to Expect in 2018

The History of Anti-Dumping and Countervailing Duties