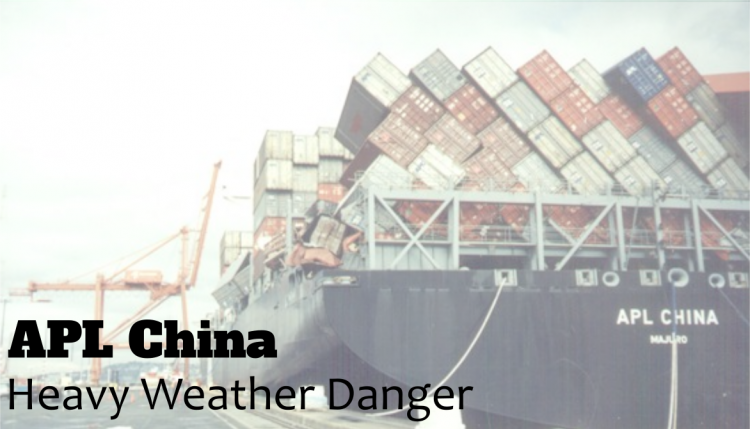 In 1998 the APL China lost a record-breaking amount of cargo. This loss was caused by an Act of God, Typhoon Babs.

The Pacific Ocean is full of unpredictable dangers. When a boat is bringing goods across the ocean, there is no guaranty that they make it across. Although container ships are huge and built to withstand the brutal weather of the Pacific, tragedy can strike.

The Dangers of Pacific Transportation

Transporting goods across the Pacific Ocean can be a hazardous task. Storms can come out of nowhere and damage goods or even knock them off the ship. Especially during typhoon season, shipping routes can be dangerous. In the fall of 1998 weather was no different. Typhoon Babs was working its way around the Pacific and destroying everything in its path. In Chinas Fujian province Babs killed 5 people and caused $58.97 million in damage. In the Philippines 189 people died from the deadly storm. A similar fate lay waiting for cargo ships crossing the  Pacific, including the APL China.

The APL China was one of the ships headed across the Pacific during typhoon Babs. Staying on schedule was important and the typhoon did little to deter the container ship from heading across the ocean.

The Incident on the APL China

On October 26, Babs, approximately 2,700 miles off the coast of California reportedly had 40-70 foot swells hit ships in the Northern Pacific. Enroute from Taiwan to Seattle, the APL China owned by American President Lines was hit hard by Typhoon Babs. Among the four container ships hit by Babs, the APL China suffered the worst damages. The storm caused 406 containers to go overboard and caused damage to about 1,000 containers.

When the APL China finally reached port in Seattle it was 2 days behind schedule. Because of the damages, the ship wasn’t able to continue with its scheduled voyage and had to spend 2 weeks under inspection by lawyers and surveyors. It was finally determined that USD $100 million worth of damage had been incurred by the cargo. This was the biggest loss since the invention of shipping containers in the 1950’s at the time.

This delay in the APL Chinas voyage likely caused major delays for importers waiting on the delivery of their cargo. The timeliness of this voyage was important because it was happening right before the holiday season.

From the standpoint of cargo owners the incident with the APL China was an unpredictable circumstance. There was no way of predicting the danger of Typhoon Babs and the ship had a schedule to keep. Those who lost cargo received no reimbursement for their loss from the APL since the carriers limit of liability does not cover Acts of God which includes  heavy weather. Another example of this scenario was in 2012 when the M/V Bai Chay Bridge encountered Typhoon Guchol when crossing the Pacific.

The only real way to protect your cargo in a situation like this is to purchase marine cargo insurance. Cargo insurance can provide a guaranty that you will be reimbursed for any lost or damaged goods while in transit.

Intro to Importing: Understanding a CF-28