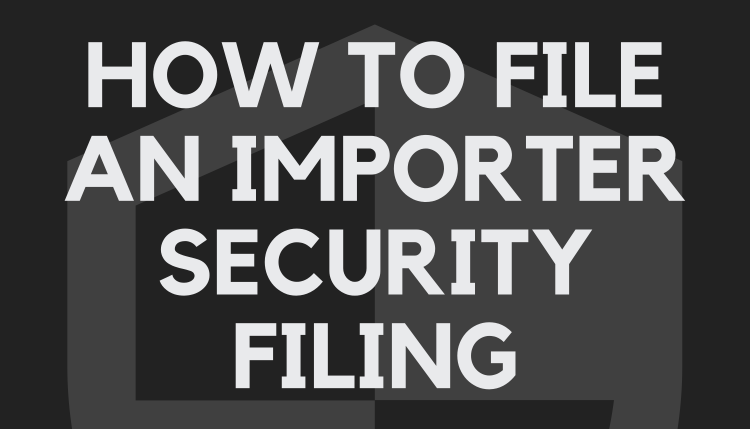 How to File an Importer Security Filing (ISF)

Also known as an Importer Security Filing, submitting an ISF is mandatory for those importing containerized cargo into the United States.

What is an ISF?

An ISF is required for containerized shipments entering the United States through ports. This national security measure requires importers to transmit specific information to U.S. Customs and Border Protection (CBP), so they can assess whether or not cargo opposes a threat and keep U.S. ports safe and secure. CBP began enforcing the ISF on July 9, 2013, to protect the U.S from terrorism and other illegal activities. ​

How do I file an ISF?

Importers are responsible for providing information from multiple parties and assuring every aspect of the filing process is done correctly. The importer’s Customs broker can also submit the ISF for them.

The carrier must provide the following information for the ISF:

Once you have your information, the ISF must be submitted with the lowest bill of lading level for your shipment using ACE. All ISF filings are electronic.

When should an ISF be submitted?

The importer is responsible for ensuring ISF filings are submitted to CBP no later than 24 hours before merchandise is loaded on the vessel to avoid fines and penalties. This is not the same as 24 hours before arrival to the United States. ISF filing must be made before the carrier leaves the port of origin.

Get all ISF-relevant information from your manufacturer and other partners at the beginning of the process, so you don’t have to track it down or pay the penalty for late filing. It usually takes 48 to 72 hours to gather all the information for the ISF and compile it correctly, so it is vital to request that information at least a week before goods are shipped. Failing to do so can result in $5,000 of liquidated damages for submitting an inaccurate, incomplete, or untimely filing, but not over $10,000 per shipment.

You can amend your ISF at any point between filing and when the cargo arrives at a U.S. port. It is relatively easy to change, so there’s no need to delete and refile the form. Just adjust any data and update your information. If you’re working with a Customs broker, send them the information to change. Only the original filer can adjust an ISF after it has been submitted.

What if my ISF is late?

The ISF is considered late if it is past 24 hours before departure. Your ISF must be filed even if it is late or the shipment has arrived at the port. When the ISF is filed late, CBP may hold cargo at the port when it arrived for its Customs exam on top of liquidated damages. Costs will be at the importer’s expense for late filing.

How to Package Wine Imports

8 Things to Know When Importing Wine Into the U.S.