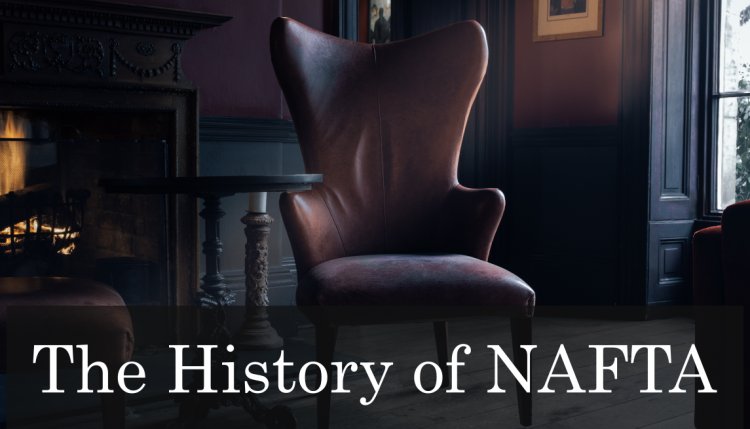 NAFTA is the largest free trade agreement in the world. It has changed how the United States conducts trade with Canada and Mexico.

The North American Free Trade Agreement (NAFTA) is an agreement which established the world’s largest free trade zone in terms of GDP. The trade agreement includes all three countries from North America, the United States, Canada, and Mexico. Overall, the agreement has been very successful, allowing the countries to invest in each other’s economies and individually succeed in the global marketplace.

Why Was NAFTA Established?

In 1980 when President Ronald Regan was elected, the European Common Market had already been created. Regan ran his campaign promising to create a similar agreement to the trade agreement which laid the foundation for the European Union.

At the same time, Mexico was in the heat of the Latin American debt crisis, and their debt to foreign countries exceeded their earning power.

The purposes of the NAFTA agreement are outlined in article 102. These 7 purposes detail what NAFTA is intended to do:

What NAFTA Means for Free Trade

What Events Led to the Creation of NAFTA

NAFTA took over a decade and 3 U.S. Presidents to finally be signed into effect. The timeline details the steps of negotiations which took place to create NAFTA:

Two important provisions were added to NAFTA after it was signed in. The NAALC (North American Agreement on Labor) was established to oversee and ensure standards of labor laws were being met.

The overall benefit of the United States GDP from NAFTA is under debate. However, Mexico and Canada are the 2nd and 3rd largest exporters to the United States and NAFTA has increased overall trade to over $1 trillion.

5 Things to Know About Cargo Theft in the United States