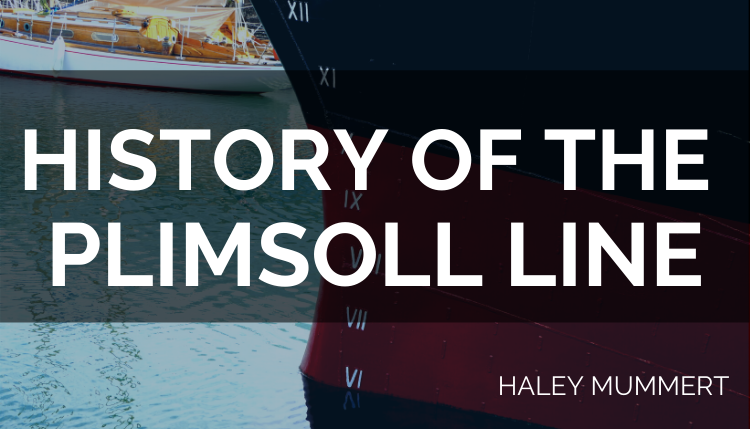 The History of the Plimsoll Line

The Plimsoll Line is an internationally agreed-upon reference mark located on a ship’s hull that indicates the maximum depth a vessel may safely immerse when loaded with cargo. Globally, the Plimsoll line on a vessel is officially referred to as the International load line.

A commercial ship is properly loaded when the ship’s waterline equals the ship’s Plimsoll line. The Plimsoll Line varies with a ship’s dimensions, type of cargo, and the water densities encountered in port and at sea. Temperature and salinity of water, oceanic regions, and changing seasons affect the Plimsoll mark, as well. Once these factors have been accounted for, a ship’s captain can determine the appropriate Plimsoll line needed for the voyage.

Initially, the Plimsoll Line applied to foreign ships leaving British ports. Eventually, there was a general adoption of load-line rules by maritime countries.

Who is Samuel Plimsoll?

Samuel Plimsoll was an English politician remembered for devising the Plimsoll line. He was a member of the British Parliament who was concerned with the loss of ships and crews due to vessel overloading. Plimsoll was actively involved in the transition from wooden hulls to steel.

Plimsoll’s career is a success story of what many politicians aim to do: engage in the development of workable legislation that improves the livelihood of working men and women. Plimsoll’s work sought to increase the chances of survival of sea workers who transported cargo from nation to nation.

Plimsoll faced lawsuits from shipowners anxious to stop him because they were convinced he would put them out of business or leave them facing financial ruin. The enormous loss of life sustained by workers at sea was not, it seems, at the forefront of their minds.

The work of Plimsoll formed the first legislation on Merchant Ships in respect of safety and led to the first Construction Rules for vessel types to which designers had to conform. It led to the consideration of vessel stability and ensured that guidance was in place to prevent vessels from leaving port in an unstable condition or becoming unstable in transit.

Creation of the Plimsoll Line

Iron vessels often went down almost without warning. It became clear that iron and steel used in ship construction was subject to stress. While metal fatigue was not very understood, vessel builders had to design new ways to add strength to their products, so vessel framing was adopted.

In 1876, Plimsoll persuaded Parliament to pass the Unseaworthy Ships Bill, which mandated marking a ship’s side with a line that would disappear below the waterline if the vessel was overloaded. This was a circle with a diameter drawn horizontally and extended outside the circle, as illustrated. The idea was that the water, when loaded, would not reach this line.

At this time, rules were not in existence to determine the ‘right and safe’ position for the load line. The requirements for the load line, as rules in some form, did not become compulsory until 1890. These rules were later to be incorporated into an International Load Line Convention. Fifty-four nations adopted an International Load Line in 1930, and in 1968 a new line, permitting a smaller freeboard for the new, larger ships, went into effect.

How The Plimsoll Line is Used

The Plimsoll mark is found midship on both the port and starboard hulls of cargo vessels. The center of the disc indicates the maximum load line in which to load that vessel for the voyage. 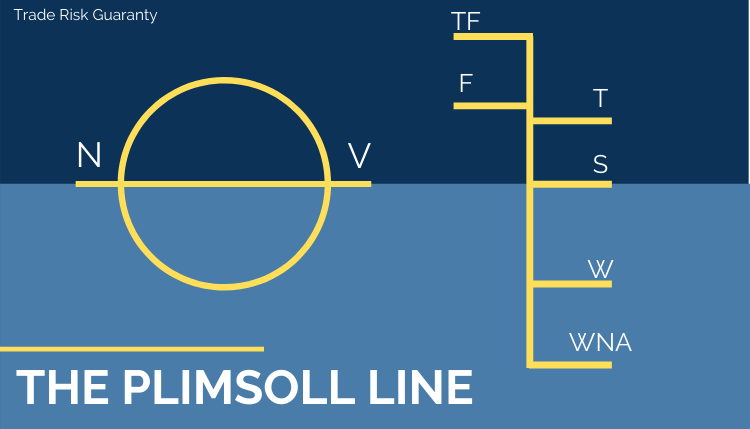 The deck line denotes the level of the freeboard deck. The circular symbol with a line passing through it in the middle is directly below the deck line. The circle with the line through it indicates whether or not the cargo is loaded evenly.