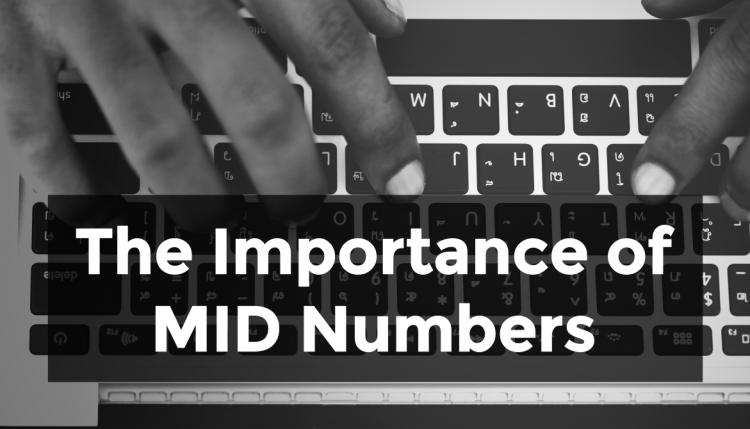 The Importance of MID Numbers

The purpose of MID numbers are finally being realized along with the implementation of CBP’s new single window system ACE.

Although they have existed for a while, MID numbers are being used to compare manufacturer and competitor HTSUS codes and enforce compliance like never before.

What is a MID Number?

An MID is a 13 character code constructed from the name and address of the manufacturer.

MID codes were used with CBP’s previous electronic system that CBP used, however the program didn’t contain the computing power to properly examine these codes. The new ACE system has the ability to use MID codes to properly classify goods.

Customs now has the ability to mine data like they never have before. The ACE environment has come with new logarithmic equations that give Customs the ability to compare mountains of data in seconds.

CBP is specifically comparing MID numbers and HTSUS codes with competitors MID numbers and HTSUS codes. Customs is primarily looking to see if imports from the same manufacturer are being classified the same across multiple importers. CBP is looking particularly closely at imports that could possibly be antidumping and/or countervailing. Now with ACE, they can compare how goods are brought in under consumption vs. antidumping.

What This Means for Importers

The use of MID numbers will help Customs correct those incorrectly classifying goods. This could result in more notices of action, which are sent when CBP believes goods have been incorrectly classified and there has been a change in duties and fees.

The days of getting away with not properly entering your goods into the Unites States are quickly coming to a close. ACE is giving Customs the power to act quickly and efficiently against improper entry. It is more important than ever to correctly classify your goods and to understand the scope of free trade agreements and antidumping.

5 Busiest Container Ports in the World