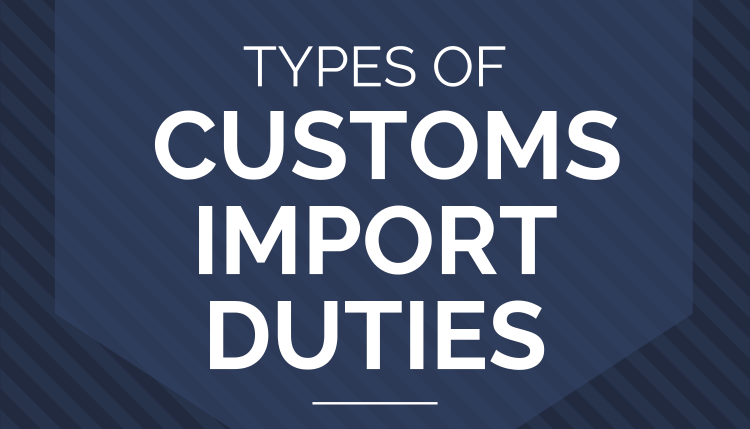 When importing into the United States, shippers should have an understanding of the different types of duties they will be required to pay upon entry.

Customs Duties are an indirect tax imposed on goods imported into the United States. The government collects customs duties to protect the economy, citizens, jobs, environment, and more by controlling the flow of goods, primarily restricted and prohibited goods, in and out of the country. United States Customs and Border Protection (CBP) is responsible for collecting import duties.

There are different kinds of Customs duties applied in the United States:

A basic customs import duty is the basic duty imposed on imported goods. To calculate the basic duty an importer owes for their goods, they must classify their imports using the Harmonized Tariff Schedule. Importers are responsible for correctly classifying their goods. The Harmonized Tariff Schedule (HTS) is a system of names and numbers used to classify goods and calculate the proper duty.

Basic customs duties imposed on imported goods can be levied on an ad valorem basis or at a specific rate.

Importing for Amazon: How to Create a Shipping Plan in Seller Central

[Video] What is Defined as a Package? | Carrier Limit of Liability