Container shipping, the backbone of the global trade, is showing signs of debility. The most profitable carriers are struggling to operate efficiently as bottlenecks worsen around ports, distorting supply chains.

As consumer demand surges back, the demand for container shipping has surged as a result. Container shipping firms are locked in a significant bottleneck as global demand strains carrier capacity and inflates freight rates.

Copenhagen-based Maersk is the largest container shipping line and vessel operator globally and has been since 1996. They are active in ocean and inland freight transportation and related services, like supply chain management and port operation.

Maersk missed its fourth-quarter profit expectations in 2020, posting Q4 earnings of $2.71 billion. Their 2020 Q4 earnings are above the $2.68 billion forecast by analysts but below Maersk’s $3.06 billion estimate. However, Maersk is currently working at maximum capacity to meet shipping demand for the first quarter of 2021, potentially increasing shares to an all-time high.

Maersk recently posted a cautious but optimistic outlook for 2021 after an “exceptional while challenging quarter.” The company expects earnings of between $8.5 and $10.5 billion in 2021, compared to $8.3 billion in 2020. Their outlook continues to be affected by the Covid-19 pandemic’s impact on demand patterns.

Cause of the Bottleneck

After Maersk’s volumes dipped 15% in Q2 of 2020, there was a sharp rebound toward the end of the year. The U.S. and Europe, in particular, saw global trade return to a 5% year-over-year increase.

Maersk is faced with an unprecedented surge in demand because consumers are spending again, and Asian manufacturers have restocked goods. U.S. Imports of Asian merchandise by large retailers plummeted in the second half of 2020 due to many items being out of stock. A recovery in consumer activity in Asia and worldwide has pushed freight rates along the Shanghai to Los Angeles route to more than $4,000 per 40-foot container.

Maersk and other carriers once again have their full container capacity deployed. This rebound in trade has caused a significant bottleneck in terms of lack of capacity, lack of containers, and increased freight rates.

It was reported that shipping companies rejected U.S. agricultural exports worth hundreds of millions of dollars in Q4 of 2020. Instead, they sent empty containers back to Asia to be filled with more profitable goods rather than wait to fill it up with U.S. exports, contributing to freight rates that have soared to record highs. Since carriers aren’t loading containers with exports before returning to Asia, demand for containers increases and pushes freight rates upward.

Meanwhile, a shortage of containers during the revival of global demand increased shipping costs for goods from China 300% and caused shipping delays. The current container imbalance is concentrated in North America.

For carriers, it is more attractive to have revenue in the container in both directions. It is said that carriers have decided to turn around empty containers and ship them back to Asia rather than wait extra time to fill them up with exports.

After massive shipping delays at the end of 2020, ports in the U.S. and the U.K. are becoming increasingly congested to the point of becoming overwhelmed, causing the global supply chain to become backed up even further.

The leading trade route between China and the U.S. has been slowly clogging up since September and still faces significant blockage. Many container ships have been waiting for a substantial amount of time to offload on the California coast.

High inbound volumes and logistical complications inside and outside the ports are causing landside delays. Extended anchoring times have forced many ocean carriers to cancel voyages due to a lack of available ships to handle current cargo demand.

Maersk CEO Soren Skou is optimistic because he thinks “any weakness should be viewed as an opportunity.” Skou said that Maersk is confident that it will continue to grow earnings as the economic situation normalizes.

Shipping disruptions are likely to calm down through the first half of 2021, freight rates are likely to remain strong at least for the first quarter, and container shortages and late deliveries might persist for a few more months.

The pandemic taught carriers to hold firm on capacity as they shift into a long-term period of slow demand growth. Carriers are now capable of tailoring their supply to demand in a way they’ve never been able to before. We shouldn’t expect the container liners to make their overcapacity mistakes of the past, like under-bidding freight rate contracts below break-even levels. 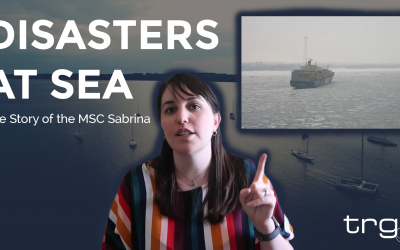 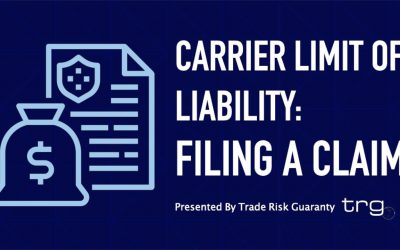 [Video] Filing A Claim with Your Carrier

In an educational video, Trade Risk Guaranty covers the process of filing a claim under your carrier's limit of... 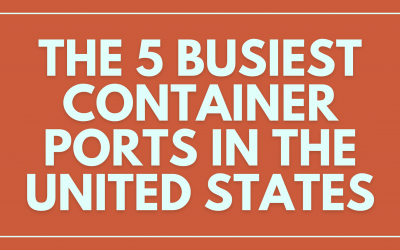