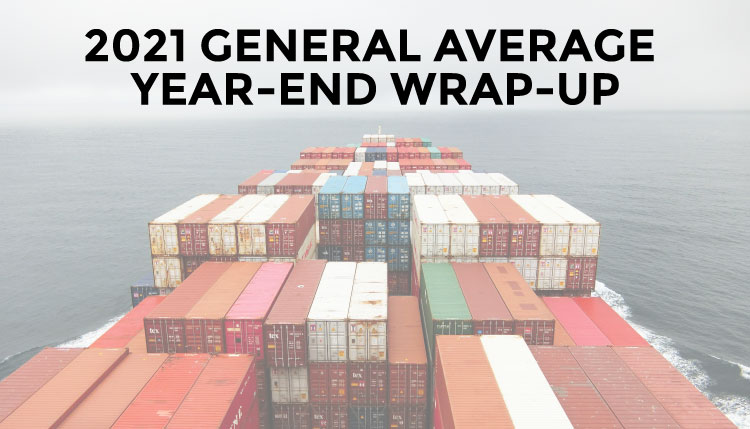 Get an overview of the 2021 General Average events to better understand the frequency of these occurances.

A frequent question we receive when talking about General Average is “how common is it for General Average to be declared?” This is a difficult question to answer since, by their very definition, General Average events are random and unpredictable occurrences that require a vessel’s crew to save the ship over any other concern.

However, we can get a better idea of how common General Average is by taking a look back at the GA events that happened throughout 2021. Keep in mind that the details around these events are still evolving and are subject to change. General Average events take many years to finalize and can even be determined to not be GA in some rare cases.

What is General Average Claims?

A Roundup of 2021 General Average Events

On the morning of March 23rd, 2021, strong winds and poor visibility wedged the cargo ship, Ever Given, across one of the Suez Canal’s narrower areas. This resulted in the Suez Canal being blocked for 6 days and over 400 ships waiting to pass through the canal while the Suez Canal Authority worked to free the ship. On April 1, 2021, the captain of the Ever Given declared General Average.

As of September 3, 2021, Evergreen (the owners of the ship) reported that most of the cargo aboard the Ever Given had been delivered to its final destination. However, according to Lloyd’s List, consignees had to post general average bonds before their shipments could be released.

General Average was declared for the NYK Delphinus after an engine fire occurred when the vessel was 50 miles offshore from Monterey on it’s way to Oakland from the Port of Vancouver.The crew was able to get the fire under control and tugboats pulled the ship towards its destination port of Oakland.

Two weeks later, NYK announced they had appointed an average adjustor, stating they would be ‘responsible for coordinating the collection of General Average securities and all documentation required from parties with interest in cargo onboard, containers, vessel, and vessel fuel’.

A fire broke out on the X-Press Pearl as it sat off the coast of Colombo, Sri Lanka on May 21st and continued to burn until May 28th. The cause of the fire has not yet been fully determined, but the vessel was carrying containers with hazardous chemicals onboard. The fire and subsequent destruction of the ship has resulted in the worst marine ecological disaster in Sri Lankan history.

The 3-month old ship is considered a total constructive loss and General Average was initially declared. However, since the ship is now a total loss, this initial GA declaration may no longer be valid.

A fire broke out in a container on the deck of the Yantian Express while it was in transit in the North Atlantic. The fire is believed to be caused by a misdeclared container of coconut charcoal which is capable of self-igniting. While the fire started on January 3rd, the effort to put out the last of the burning containers did not end until January 26th.

The ONE Apus was en-route to Long Beach, California from China when it lost an estimated 1,816 containers overboard due to heavy weather off the northwest shore of Hawaii on November 30, 2020. Hundreds more containers collapsed on the deck of the ship. The number of containers lost at sea from this accident eclipsed the yearly average of about 1,382 containers that are lost at sea each year worldwide.

Surprisingly, this event did not result in the declaration of General Average. However, while this was being determined, many shippers were left worried that they would have to deal with a General Average claim process on top of claims for their lost cargo.

Learn how the General Average claim process works and who is responsible for what in our previous blog and video. 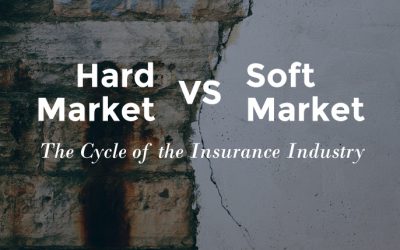 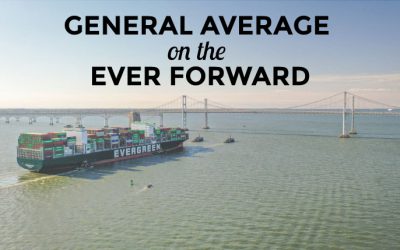 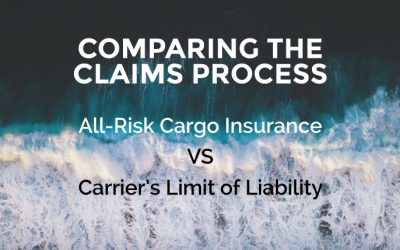